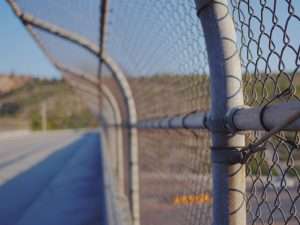 Last week the Trump administration proposed new regulations that would allow the Department of Homeland Security (DHS) to detain immigrant children indefinitely. This rule would be an egregious expansion of the administration’s campaign of violence against asylum-seeking families and children.

Family detention will never be the solution to family separation.

Expanding family detention will only continue to re-traumatize families who are fleeing unspeakable violence. The administration’s plans would roll back the 1997 Flores settlement agreement which protects children from the damaging effects of prolonged immigration detention.

The Flores settlement established strict rules limiting how long children could be held in immigration detention and under what conditions. Undermining Flores puts asylum-seeking children and families at risk of being jailed in dangerous and inhumane conditions for indefinite periods of time.

The administration argues that holding asylum-seeking children and families in horrific conditions is necessary. To justify this, the administration incorrectly paints asylum seekers as purposefully evading a system when in reality, it is incredibly difficult to navigate. As ASAP has documented, the government provides little to no information to asylum seekers about how to fight their cases and often fails to notify them of their upcoming hearing dates. Despite that, asylum seeking families do everything they can to seek protection in this country according to the rules.

In attempting to detain families and children indefinitely, the administration is also ignoring cost-effective, humane alternatives to detention that provide asylum seekers with the tools they need to fight their cases, including community management and supervised release programs.

The proposed regulations will result in less accurate asylum adjudications. Immigrant detention centers are regularly located in hard-to-access places where families have little if any, access to legal information and counsel. In the case of asylum seekers, faulty trials are a violation of our nation’s international legal obligations and can mean the difference between life and death.

The Asylum Seeker Advocacy Project (ASAP) opposes the proposed regulations and urges the government to maintain protections for children in immigration custody as outlined in the Flores settlement. We will continue to fight alongside asylum-seeking families until they no longer experience avoidable trauma and abuse at the hands of an unjust immigration system.

We call on our supporters to submit comments to the Federal Register telling the Trump administration, DHS, and the Department of Health and Human Services: do not overturn the Flores settlement. Kids do not belong in jail, and families belong together and free.