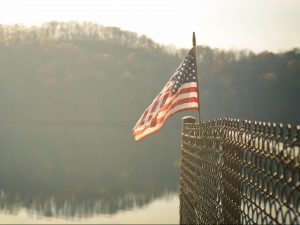 The Asylum Seeker Advocacy Project (ASAP) condemns the new interim final rule limiting the ways families fleeing violence can seek asylum at the border. This rule is an unlawful and unconscionable attack on asylum-seeking families arriving at the U.S.-Mexico border to seek protection. President Trump’s statements about asylum seekers are cruel and inaccurate. We are outraged that the administration continues to engage in horrific, racist fear-mongering. Asylum seekers, including members of the caravan, are fleeing extreme violence and seeking safety in this country. That is the purpose of asylum. The United States should be working to provide better protections and solutions for Central American asylum seekers, not making every effort to limit their access to asylum.

This interim final rule strips rights from asylum-seeking families. Government officials intimidate and lie to asylum seekers at ports of entry, and the wait times are incredibly long. Asylum seekers are following the correct procedure by coming to the U.S.-Mexico border, and the United States has an obligation to evaluate their claims fairly and with respect for their dignity and safety.

You can read recent news about the Central American refugee crisis on UNHCR’s website. And you can read more about the barriers asylum seekers face to presenting their claims in the United States in ASAP’s recent report on in absentia removal orders. ASAP stands in solidarity with all immigrants and is committed to fighting back against this administration’s hatred and racism.