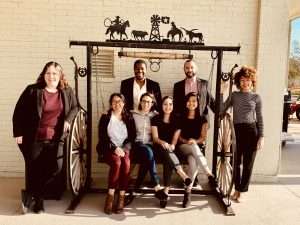 Harris writes that this remote work at Dilley laid the foundation for ASAP, and that “in Fall 2016, the Asylum Seeker Advocacy Project became a project of the Urban Justice Center, founded by four Yale law students, now graduates, who were veterans of family detention work.”

Lindsay Harris is an Assistant Professor of Law and Co-Director of the Immigration and Human Rights Clinic at the University of the District of Columbia David A. Clarke School of Law.