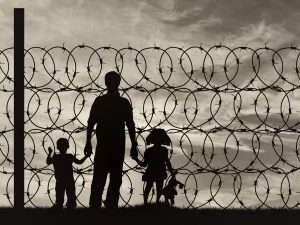 In recent weeks, the Trump administration has heightened attacks on asylum seekers and their families. In an effort to deter asylum seekers from entering the country, the current administration is criminalizing parents who are fleeing extreme violence and separating families pursuing their lawful right to asylum.

We have heard story after story of young children being ripped from the arms of their parents without any idea of when they will see each other again. Since its founding, the Asylum Seeker Advocacy Project (ASAP) has fought the failings of our immigration system through rapid response legal assistance and an online community center that helps thousands of asylum-seeking mothers access legal information and build community power by sharing their experiences with other mothers across the nation. Through this online forum, we have helped women locate family members in ICE custody, access legal resources, and secure their family members’ release from detention.

We have also prepared a new resource for advocates representing families at the border—“Vindicating the Rights of Asylum Seekers at the Border and Beyond: A Guide to Representing Asylum Seekers in Expedited Removal and Reinstatement of Removal Proceedings”—after assisting hundreds of asylum seeking women and children in detention. This guide is currently being used by volunteers around the country to prevent the deportation of asylum seekers affected by family separation who have recently arrived in the United States.

And in federal court, we have been fighting family separation by suing CBP and ICE on behalf of a client and her seven-year-old son who were separated from their husband and father for more than five months. We will continue working with our client to demand justice for her family and set a precedent for thousands of other families who have faced similar harm by the system.

The government has shown great disregard for the lives of asylum seekers, and ASAP will continue to fight back in the face of growing human rights violations.