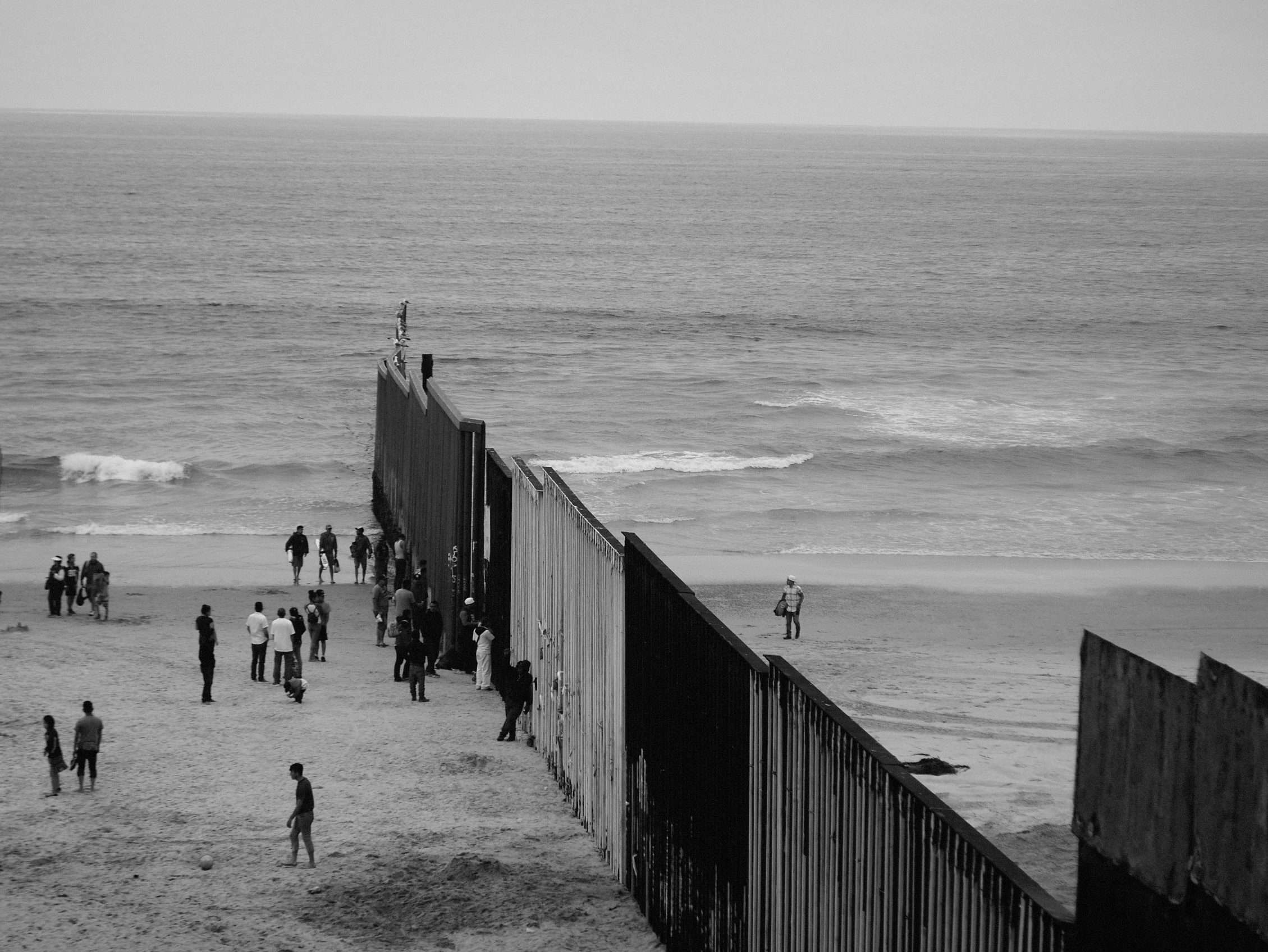 The Legal ER team currently provides emergency legal services to asylum seekers all over the U.S., helping them to prepare applications for asylum, notices of appeal, and motions to reopen, among other critical filings. The ongoing goal of the Legal ER team is to be responsive to asylum seekers facing crises and to scale our work despite growing institutional barriers.

During the week-long trip, the Legal ER team was able to learn more about the devastating impact of the administration’s policies at the border, including “metering” and the “Remain in Mexico” program. The team also learned about the work of shelters and non-profit organizations addressing the needs of asylum seekers in Tijuana, including by volunteering with the organization Al Otro Lado.

“Metering” is a process that requires asylum seekers to take a number and wait at the border for months without steady access to food or shelter, before even having the chance to present at the border checkpoint and request asylum. The process is informal: asylum seekers are asked to organize themselves and hand out numbers to new arrivals. A local individual who identifies as an anarchist maintains a website that identifies the number that is current each day. Mexican government officials legitimize the process, instructing new arrivals to take a number and check the anarchist website to stay up to date.

When individuals’ numbers are current, they shift from one waiting game to the next. The “Remain in Mexico” program, formally known as the Migrant Protection Protocols (MPP), requires tens of thousands of asylum seekers to stay in Mexico for months or years as they await their U.S. asylum proceedings, entering and exiting the U.S. for each court hearing. While in Mexico, asylum seekers face life-threatening conditions in Tijuana and minimal access to medical care.

The Legal ER team also traveled to the San Diego immigration court to observe court hearings for asylum seekers forced to remain in Mexico under MPP. During their court observation, the ASAP team saw glimpses of the overwhelming number of asylum seekers who are forced to proceed in their cases without legal representation because of the difficulty of accessing counsel while in Mexico. These men, women, and children, all remain under the close watch and custody of Customs and Border Protection (CBP) officers, who keep them completely isolated and unable to connect with advocacy groups present in court.

Our staff also came face-to-face with the immense hardship asylum seekers in MPP must endure just to have their day in court. In addition to being forced to live in often unsafe conditions, asylum seekers must present themselves at the border as early as 4 a.m. on the day of their hearing to be transported to court. And on more than one occasion, the government acknowledged in court that it refused to transport families to their court hearings due to illness or pregnancy, despite the Department of Homeland Security’s own stated policy of exempting “vulnerable” populations – including individuals with known health issues or who are pregnant – from the MPP program entirely.

Speaking of her experience during the trip, ASAP Staff Attorney Dennise Moreno said: “It is one thing to hear about the crises the current administration has created at the border by effectively denying individuals who are fleeing unspeakable violence their right to seek asylum in the United States, but it was harrowing to see the reality of the situation firsthand.  Families are being left homeless, children are being denied an education, and the government has made it all but impossible for asylum seekers to access their rights. The Remain in Mexico program is cruel, unjust, and illegal. This week was a sobering experience, but I look forward to working with the ASAP team to continue fighting for the rights of asylum seekers at the border and beyond.”

The Asylum Seeker Advocacy Project (ASAP) is grateful to the J.M. Kaplan Fund for making this trip possible. ASAP’s Legal ER team is now working to translate the knowledge gained into concrete and meaningful legal assistance for asylum seekers forced to live on the Mexican side of the border.