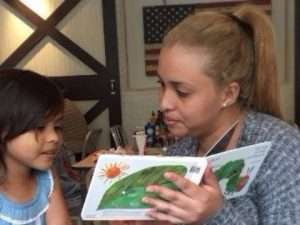 Sandra and her father were mayoral candidates in Central America, when her father was murdered. After his murder, Sandra began to receive death threats against her and her infant, even after going into hiding. When her persecutors came to her new home, she escaped through the backdoor and fled to the United States with her child.

Sandra and her child were detained at the border for weeks, before securing their release to relatives in Texas. Months later, she received a deportation order due to government error, just as raids began against asylum seekers in the United States.

However, Sandra and her child had moved to rural North Carolina due to financial necessity, to an area with no traditional legal aid services.

The Asylum Seeker Advocacy Project (ASAP) was able to represent her family remotely, working with her and her relatives abroad by phone and WhatsApp to prepare her case. ASAP reversed her deportation order, and, after collecting more than 200 pages of evidence, represented Sandra at trial. In April 2017, Sandra won asylum for her family. With a path to citizenship, she can now live in safety in the U.S.

After she won her case, Sandra said: “As someone who did not know how to apply for asylum, ASAP was very attentive, and that made me feel secure and confident until the end.”