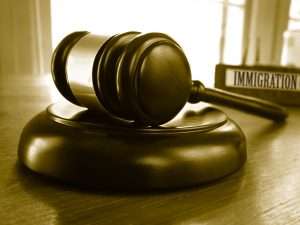 After working with the Asylum Seeker Advocacy Project (ASAP) to successfully reverse her deportation order, Maria shared: “I feel at peace because I don’t have to live in fear of being deported any day. My son is very happy. He says that God has given us an opportunity to continue with our lives here in the U.S. My experience with ASAP has been excellent. They have worked so hard on my case and most of all, they have been patient.  I do not have a lot of trust in attorneys because of my past experiences, but ASAP has shown me there are good attorneys and people who really care about you.”

Maria fled to the United States from Honduras after a family with ties to a transnational gang and the Honduran National Police threatened repeatedly to kill her, her son, and their family members. This well-connected family violently maimed and killed Maria’s mother’s dog and threatened to do the same to Maria’s whole family. Her brother was then kidnapped and shot in the back of the head. Faced with continued and increasingly violent threats, Maria became certain that she and her son would be tortured and killed if they remained in Honduras.

Upon arriving in the United States, Maria sought out legal representation for her asylum case, hopeful that she and her son would be given a chance to live in safety. But her previous attorney failed to adequately prepare Maria for her trial – so much so that she had a severe panic attack while testifying. Unable to fully share her story, Maria and her son left court that day with a deportation order.

After connecting with ASAP and the Catholic Legal Immigration Network (CLINIC), however, Maria learned that her chance at asylum wasn’t yet completely foreclosed. ASAP and CLINIC stepped in to provide legal representation and recently won a motion to reopen Maria’s asylum case. No longer facing imminent deportation, Maria and her son now have a real chance to fight for asylum.