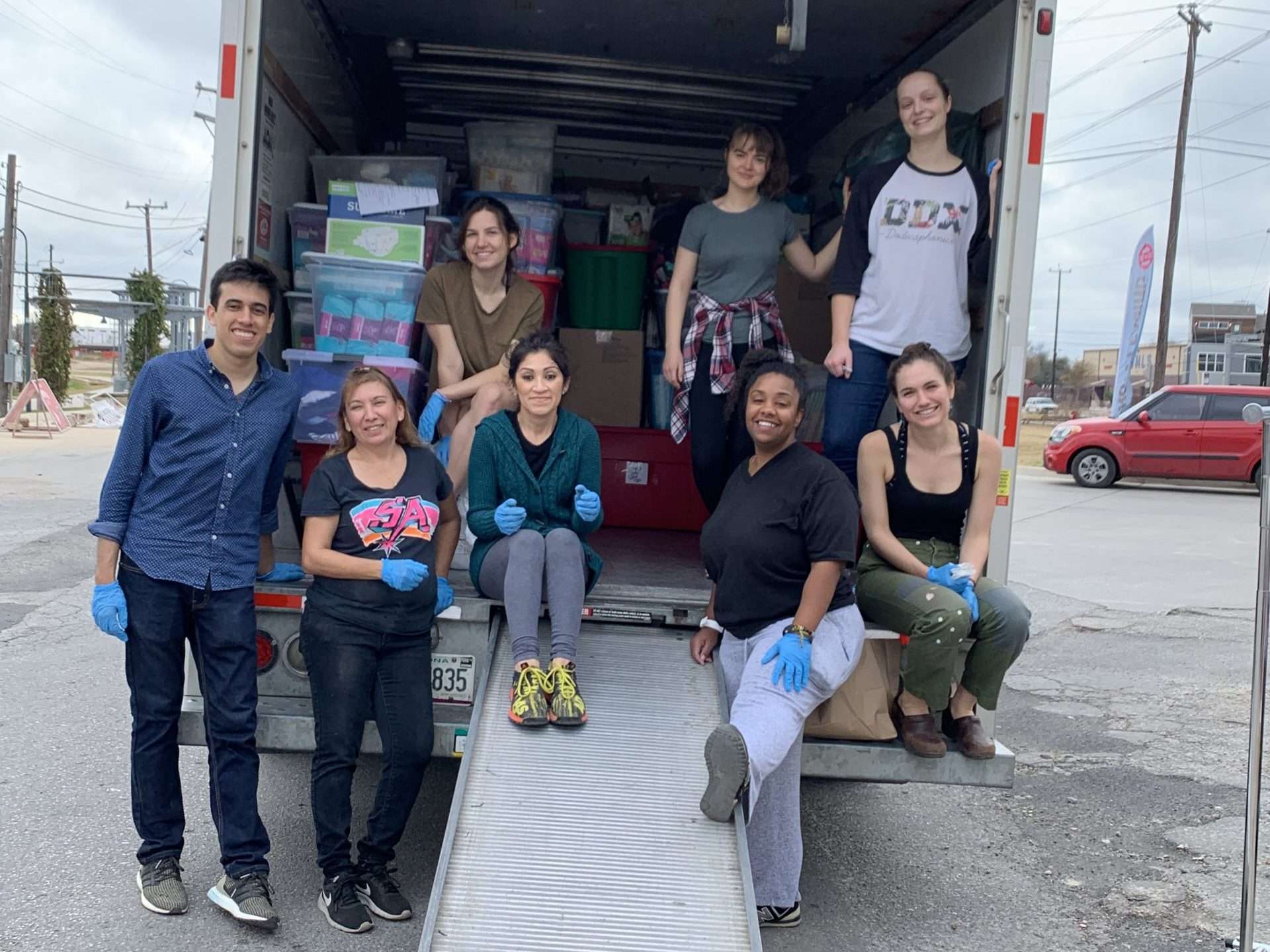 Hannah Duncan is an ASAP volunteer and a student at Yale Law School. Hannah and other students traveled to San Antonio over their winter break to apply the training and skills they had learned as ASAP volunteers to support immigrant legal services in partnership with the organization RAICES.  She wrote this post to share their experience.

This January, I had the privilege of participating in a trip to support immigrant legal services and advocacy in San Antonio, Texas. Together with thirteen other ASAP law student volunteers, we partnered with RAICES, a nonprofit which provides services to low-income immigrants in Texas. Building on our experiences with ASAP, we volunteered on a range of legal and social services projects, and worked to enroll asylum seekers at the San Antonio bus station in ASAP’s online community.

As one of the trip organizers, I spent the majority of the week driving volunteers from the ICE office to immigration court, and between various offices. As I picked up volunteers, I had the opportunity to listen and learn from other students’ reactions, as they processed encounters with ICE officers, documented due process violations in immigration court, and witnessed family reunifications at the Greyhound bus station. Here are a few reflections that particularly stood out to me:

“We witnessed charges of illegal immigration levied against a baby, dressed in a onesie with a tiny pony-tail on the top of her head, who likely didn’t even know how to say ‘mama’ or ‘papa’—much less ‘allegation,’ ‘deportation,’ or ‘illegal.’” – Clarissa Kimmey, Yale Law School, Class of 2022

“One of my favorite tasks was being able to call the family members of detained individuals in order to inform them that their loved ones would be released from detention.” – Fernando Quiroz, Yale Law School, Class of 2022

“One day, I sat with two different judges while they conducted bond hearings. The first granted bonds in every hearing, but the amount due ranged from $12,000-$45,000. The second denied bond to all but one person. For many people, the ability to be with their families depended on whether their hearing happened to be assigned to a more sympathetic judge and whether they could afford to pay the substantial amount due for their bond.” – Rachel Perler, Yale Law School, Class of 2022

Another powerful part of the trip for volunteers was participating in the Bus Station program, which greets families released from detention and helps guide individuals to their final destinations. At the bus station, volunteers provided families with information about ASAP’s online community. As asylum seekers leave Texas for cities across the United States—often without the resources to navigate the complexities of the immigration system—ASAP’s online community provides the necessary support. Even as new immigration policies increase barriers for asylum seekers who attempt to access legal services, ASAP’s online community offers an avenue for support, care, and representation.

By the end of the week, it was impossible to ignore the devastating consequences of Trump’s enforcement regime: where once thousands of immigrating families arrived in San Antonio to seek protection and security, we witnessed only a handful of families travel through the bus station. Although the U.S. immigration system has for decades treated individuals as nothing more than an “A-number” or a set of legal classifications, Trump’s policies represent the next step in a pattern and practice of bureaucratization and the degradation of human dignity. By refusing to confront (let alone protect), individuals fleeing violence and persecution, these policies permit the Trump Administration to shield the American public from the reality of human suffering and injustice at the border.

Our group left San Antonio, both infuriated by the magnitude of the crisis, yet invigorated. We return to New Haven eager to contribute in any way we can. 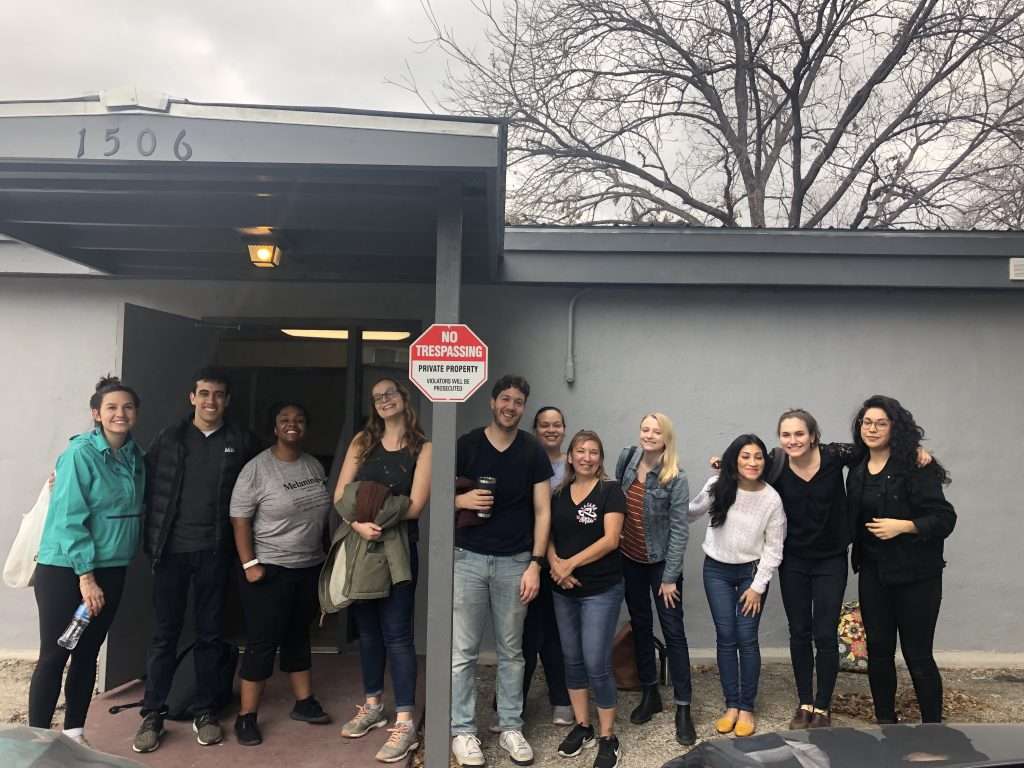 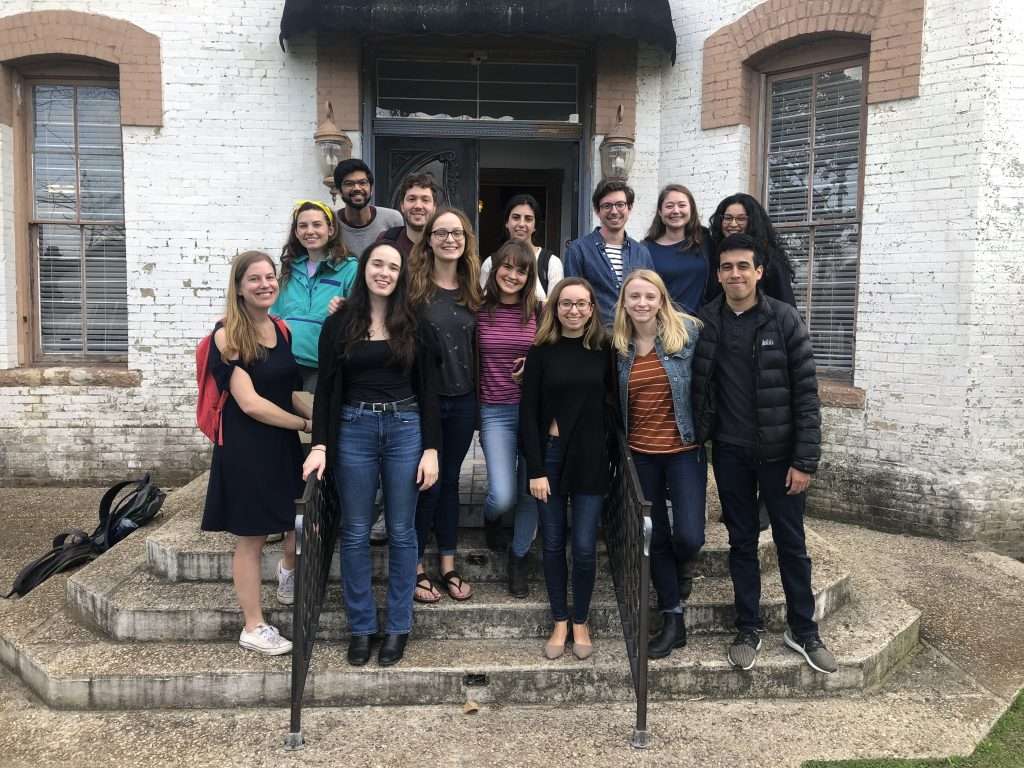