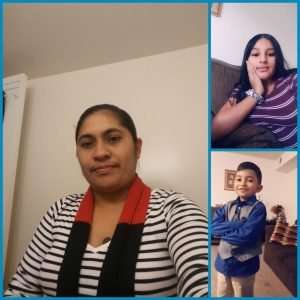 Alejandra got her asylum case on track after joining one of ASAP’s online communities and accessing our resources and legal assistance. Before joining the online community, Alejandra had no idea that she had a hearing scheduled in immigration court. A mother of two young children, she fled Honduras with them after being persecuted because of her political activism. In the United States, the family was detained and then released, but immigration officials never gave them important information about the process of seeking asylum – she didn’t know that she had to go to court, how to find an attorney, or the logistics of how to apply for asylum.

Almost two years after coming to the U.S., a friend told Alejandra about the Asylum Seeker Advocacy Project’s (ASAP) online community and she immediately joined. From resources in the group, she discovered that she had her first hearing in October. If she had missed the hearing, she and her children would have been ordered deported back to the danger they fled.

As soon as she found out that she had a hearing scheduled, Alejandra took matters into her own hands. In no time, she started posting in the group to ask questions and watched videos about the asylum application, work permits, what to expect at immigration court hearings, and how to update her address with the immigration court.

When ASAP offered assistance to prepare her asylum application, Alejandra had already reviewed many of ASAP’s pro se resources and was well informed about the process. With ASAP’s help, she successfully submitted her asylum application and will be eligible to apply for a work permit soon.

As Alejandra says: “I feel so happy with all that I’ve accomplished. I didn’t even realize I had court in October until I became a member of the group and, now, I have a pending asylum case and am on the path to receiving my work permit!”