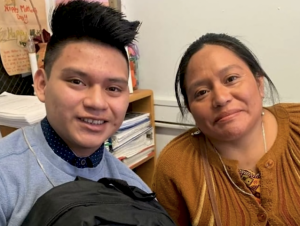 In the summer of 2018, ASAP members chose to devote ASAP’s resources and advocacy efforts to supporting separated families, even if it meant fewer resources for themselves. Since then, the Asylum Seeker Advocacy Project (ASAP) and ASAP members have used a wide range of tools to pressure the United States government to stop separating families, reunite families separated under the Trump Administration, pay families monetary compensation for the harms they suffered, and provide families with protection against deportation and long-term immigration status. These efforts are having an impact! The government is beginning to reunite separated families, and it is exploring the possibility of settlement in monetary damages cases.

Here are some recent examples of what ASAP and ASAP members have accomplished: