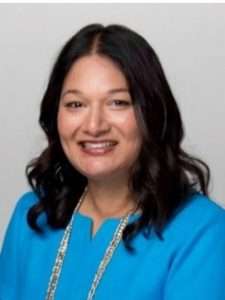 Kavitha began her career at Asian Pacific Islander Legal Outreach as an immigration attorney.  She started an anti-trafficking project, counseling and representing many trafficked immigrants.  At APILO, Kavitha also drafted and advocated for state policies expanding protections for immigrants.  She also worked in partnership with advocates and organizers in her community and across the state.

At Legal Momentum in Washington D.C., Kavitha’s former clients’ experiences informed her successful legislative and administrative advocacy to expand immigration relief and protections for immigrant women.  She also served as a national trainer and technical assistance provider, working with law enforcement, judges, and attorneys to ensure that existing laws were implemented as intended.

As an attorney in the Civil Rights Division of the U.S. Department of Justice, Kavitha fought against the injustices experienced by immigrants in places like Maricopa County, AZ.  She then co-founded of the Global Freedom Center, where she developed tools and trainings and authored a book to assist individuals to better identify and access protections for trafficked and exploited undocumented workers, particularly those trafficked into labor and to mitigate the harm of labor exploitation in global supply chains.

After nearly fifteen years of immigrant rights legal practice and advocacy, she joined the philanthropy sector as a Program Officer at the Sobrato Family Foundation.  There she led investments of critical safety net and career pathways programs for low-income Silicon Valley residents.

Despite working in Palo Alto down the street from another prominent university, Kavitha is a proud Golden Bear, having received her bachelor’s degree from U.C. Berkeley.  Kavitha received her J.D. from U.C. Hastings College of the Law.  She is also the proud daughter of immigrants who instilled in her a strong value for justice and a mother to a spirited toddler.