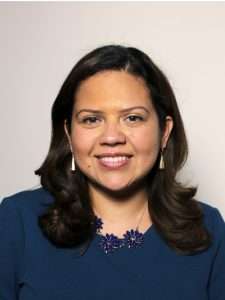 Board Member Lia Parada is the Immigration Hub’s Director of Legislative Advocacy. She has deep expertise working with Congress and national advocacy campaigns engaged in critical policy fights. Lia leads the Hub’s legislative advocacy, particularly in the House, working with partners to secure a path to citizenship.

Previously she was the Director of Government Relations at the Center for American Progress where she focused on criminal justice reform, immigration reform, women’s economic security and rights and judicial nominations. Prior to CAP, Lia was the Legislative Manager for Planned Parenthood Federation of America where she focused on access to reproductive rights for underrepresented communities. Formerly, she was the deputy campaign manager for legislation and policy for the national coalition for immigration reform, the Alliance for Citizenship. Lia was also the legislative aide to former Rep. Xavier Becerra where she oversaw bipartisan immigration reform negotiations and worked on the passage of the Dream Act in the House of Representatives in 2010. Lia is the proud daughter of Salvadoran immigrants and a graduate of George Mason University.