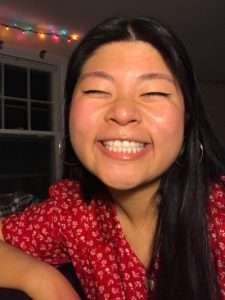 Barbara Shi is ASAP’s Executive Assistant. Prior to joining ASAP, Barbara worked on publishing history books at Princeton University Press. She has also volunteered with BorderLinks and No More Deaths in Tucson, Arizona.

Barbara was born in Auckland, New Zealand and immigrated to New Jersey with her family when she was four years old. She speaks English, Mandarin, and several other Chinese dialects.