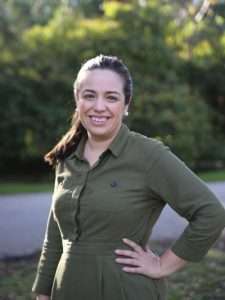 Conchita Cruz is a Co-Founder and Co-Executive Director at the Asylum Seeker Advocacy Project (ASAP). ASAP is a membership-based organization comprised of more than 400,000 asylum seekers from 175+ countries now living in all 50 U.S. states. ASAP works alongside its members to build a more humane asylum system in the United States. Her work with ASAP has been featured in The New York Times, The New Yorker, CNN, and The Today Show, among other sources, and has won the support of the Emerson Collective’s Dial Fellowship, a Gruber Fellowship in Global Justice and Women’s Rights, a Roddenberry Fellowship, and a Skadden Fellowship.

Conchita brings over a decade of communications, policy, and legal experience. Conchita previously served as Deputy Chief of Staff to U.S. Congressman Jared Polis (D-CO) and as Chief of Staff for State Senator Gustavo Rivera of the Bronx. Conchita has worked as a policy and political advisor for progressive local, state, and federal candidates in Colorado, Florida, New Mexico, and New York, and served as a Spanish-language spokeswoman for President Obama’s re-election campaign. Additionally, Conchita worked as a community organizer for the Central American Resource Center, and hosted a Spanish-language radio show in South Carolina focusing on immigration issues. Conchita also served as a law clerk to Judge Cecilia M. Altonaga in the Southern District of Florida.

Conchita graduated with honors from Brown University with a degree in International Relations and Latin American Studies, and earned her J.D. from Yale Law School. While at Yale, Conchita served as President of the American Constitution Society (ACS) and Chair of the Latinx Law Students Association (LLSA).

Conchita is originally from Miami, Florida, and is the daughter of a Guatemalan immigrant and Cuban refugee. Conchita speaks Spanish, English, Portuguese, and French.