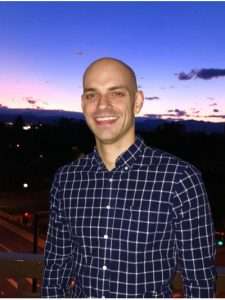 Zak initially joined ASAP as a staff attorney and Equal Justice Works Fellow and later served as a managing attorney. He was previously an attorney and Mary McCarthy legal fellow at UAW 2865, a state-wide union in California, where he focused on securing labor rights for immigrant workers. Zak also served as a law clerk to the Honorable Justice Goodwin Liu of the California Supreme Court. He has worked on prominent immigrant rights litigation, including the original lawsuit against the Trump Administration’s Travel Ban, a major challenge to the rescission of DACA, family separation damages cases, and litigation challenging the lawfulness of acting DHS officials’ appointments.

Zak earned a J.D. from Yale Law School, where he won the Jerome Sayles Hess Prize for International Law and was a member of both the Worker and Immigrant Rights Advocacy Clinic and the Transnational Development Clinic. He holds an MPhil in Political Theory from Oxford University, where he studied as a Rhodes Scholar, and a PhD in Rhetoric from the University of California, Berkeley, where he was a Mellon Fellow. Zak is also an active legal scholar and political theorist, and his recent work has appeared or is forthcoming in The New York University Law Review, Humanity, The London Review of International Law, The Texas Journal of International Law, and Critical Times. He speaks English and French.

Zak is a member of the California Bar.