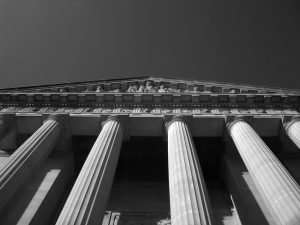 For families separated at the border, reunification was only the first step towards safety and justice. These families now face enormous challenges and uncertainty as they continue to pursue asylum in the United States. To aid them in this fight, the Asylum Seeker Advocacy Project (ASAP) partnered with the Catholic Legal Immigration Network, Inc. (CLINIC) to help formerly separated families living in rural and under-resourced areas nationwide address their urgent legal needs and find long-term pro bono or “low bono” representation for their asylum cases in their communities, which lacked the legal aid infrastructure of most large cities.

ASAP and CLINIC filed more than a dozen Freedom of Information Act (FOIA) requests to try to obtain the immigration records of formerly separated families, but ICE refused to provide these families with their records. In response, ASAP and CLINIC filed a lawsuit in federal court, Catholic Legal Immigration Network, Inc. and Asylum Seeker Advocacy Project at the Urban Justice Center v. United States Citizenship and Immigration Services, to force ICE to turn over the records in full, so that these formerly separated families have all the tools they need to fight their asylum cases.

This lawsuit has already resulted in families receiving copies of their immigration documents, including the results of their initial interviews. Unfortunately, the government’s responses are heavily redacted, and missing information that is generally available to other asylum seekers, such as: the rationale behind the interviewer’s decision and other details about their time in detention. With all of this information kept secret, it presents another obstacle for families and their attorneys to fight their asylum case.

Carlos, a father represented by ASAP and CLINIC in this FOIA lawsuit, shares: “I thank God I was reunited with my daughter after immigration officers separated us, and kept us apart for 33 days before we were freed. I also know that my case will be complicated and difficult, but with the help I am receiving from ASAP and other attorneys, I will be able to overcome the obstacles in front of me one step at a time. I am grateful for the help and support my daughter and I have received, and will continue to receive from ASAP.”

ASAP remains determined to ensure families like Carlos’s have the support they need to find counsel, and present their asylum cases in court. As part of that effort, ASAP and CLINIC now co-manage an online community dedicated to helping formerly separated families navigate their asylum process. Stay tuned for updates about these efforts.