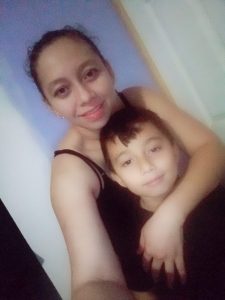 ASAP member W.L., whose advocacy played a critical role in the lawsuit CASA v. Wolf, has received her work permit – and started a new job this week! Members of the Asylum Seeker Advocacy Project (ASAP) organized and filed CASA v. Wolf to sue the Trump administration for trying to make it impossible for asylum seekers to work legally in the United States. W.L. was featured in the federal complaint as a representative of ASAP’s membership who would have been impacted by the Trump administration’s policies.

W.L. said, “I feel so happy because I know that this is greater than just me. This lawsuit also helped so many other asylum seekers who would have needed to wait much longer to obtain their work permits.”

In June 2020, the government announced new rules restricting asylum seekers’ ability to work legally in the United States. After learning about the new rules, W.L. – a single mother and asylum seeker from Guatemala – felt disappointed and demotivated. Without the ability to obtain a work permit, it became difficult for W.L. to focus on fighting her asylum case. She began to worry about how she would afford to pay rent and buy basic necessities for her two children – especially in the midst of the pandemic.

But rather than give up, W.L. decided to speak out and fight back. She worked alongside thousands of ASAP members to file a federal lawsuit defending their ability to work legally in the United States. W.L.’s story was placed at the center of the complaint, where details about her case helped to outline how the new work permit rules would harm not only W.L., but thousands of asylum seekers across the country. And she spoke out in the press, telling her story in a CBS News article about the work permit restrictions and ASAP members’ lawsuit fighting back.

In September, the judge issued a preliminary injunction in the case, barring the government from enforcing the work permit restrictions on ASAP members! After hearing news of the victory, W.L. said she felt so relieved – not only for herself, but for all the asylum seekers who would be able to receive their work permits. “Having a work permit will change my life and the lives of my children,” she stated in a press release. “But I believe everyone seeking asylum should have these same opportunities. They also need to work legally, and they should be able to.”

W.L. received her work permit in November. In January, she started a new job. “I feel positive. I’m eager to continue fighting my asylum case and doing the best that I can,” she shared.